Behind the Scenes: an inside look into award-winning Globe and Mail investigations 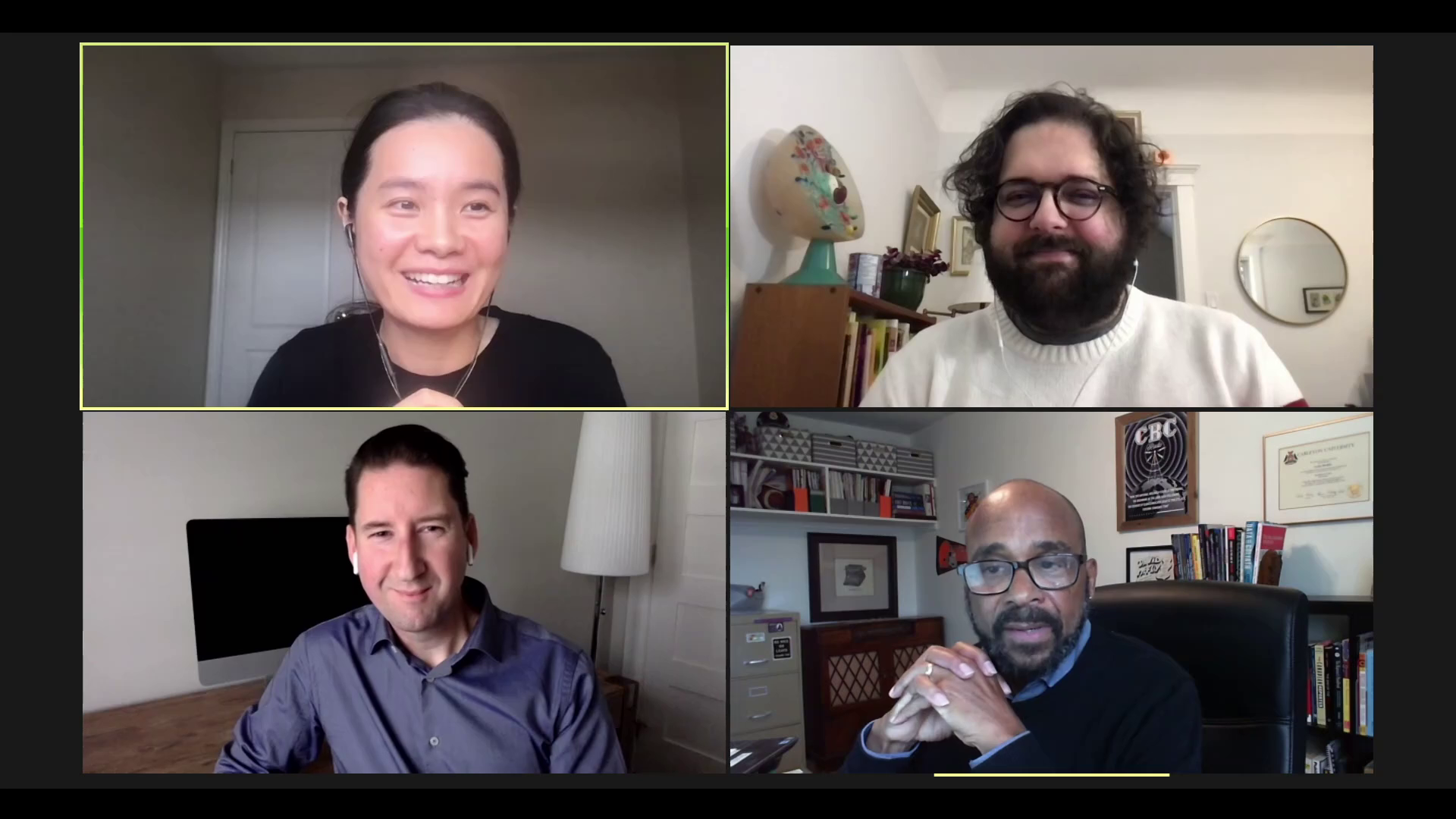 Investigative journalists work tirelessly to hold the powerful to account by unearthing stories that expose systemic issues and can lead to meaningful change. On November 30, the Canadian Journalism Foundation welcomes award-winning Globe and Mail journalists Tom Cardoso, Grant Robertson, and Chen Wang for an inside look into how they pitch and research in-depth stories, the challenges they face, and the resulting impact of their work.

The National Newspaper Awards named Cardoso Journalist of the Year for his 2020 investigation into systematic bias against Indigenous, Black, and female prisoners in Canada’s corrections system. In 2021, Robertson won several awards, including the CJF’s Jackman Award for Excellence in Journalism, for his work that uncovered serious flaws in Canada’s pandemic preparedness system with respect to COVID-19. In 2019, the National Newspaper Awards recognized Chen Wang and her colleagues in the Business category for their investigation on aging wells and how major organizations routinely offloaded energy assets with hefty cleanup costs onto smaller companies with limited capacity to pay the environmental bill. This year, Wang, a data journalist, has been exploring the power gap in the workplace and why progress for women has stalled.

Tom Cardoso is a member of The Globe and Mail’s investigations team. Based in Toronto, he has been with The Globe since 2014. His work often combines creative freedom of information requests, data analysis and source development. His reporting on systemic racism in prisons was recognized in 2021 with awards from the National Newspaper Awards, Canadian Association of Journalists and Online News Association. Before moving to investigations, he covered gun policy, policing and Canada’s correctional system while on the crime and justice beat. @tom_cardoso

– “Bias behind bars: A Globe investigation finds a prison system stacked against Black and Indigenous inmates”
– “For Indigenous women, systemic racial bias in prison leaves many worse off than men”

Grant Robertson is a journalist who has been recognized for investigative journalism, business reporting, sports writing, and feature-writing. Currently a member of The Globe and Mail’s investigative team based in Toronto, he has covered four Olympics, written extensively about business and the financial markets, the pharmaceutical industry, public health, and has worked as a political reporter on Parliament Hill. In 2021, he was awarded the Canadian Hillman Prize, which honours excellence in journalism in service of the common good, and the Canadian Journalism Foundation’s Jackman Award for Excellence in Journalism, for investigative work that uncovered serious flaws in Canada’s pandemic preparedness and response to the COVID-19 outbreak.

– “‘Without early warning you can’t have early response’: How Canada’s worldclass pandemic alert system failed”
– “‘We are not prepared’: The flaws inside Public Health that hurt Canada’s readiness for COVID19”
– “Canada’s international pandemic alert back in operation, more than 400 days after falling silent”

Chen Wang joined The Globe and Mail’s visual journalism team in 2018 and has worked as a data journalist since then. In 2019, she was part of a team that received a National Newspaper Award in business reporting for an investigation about inactive oil and gas wells in Western Canada. Since the start of the COVID-19 pandemic, Chen has been part of a group at the Globe that tracks COVID-19 data daily and supports reporting related to the pandemic. She also co-authored an investigative series on gender disparities in the Canadian workplace that was nominated for two Online Journalism Awards in 2021. @hichenwang

– “Hustle in the oil patch: Inside a looming financial and environmental crisis“

David McKie is the National Observer’s deputy managing editor. Before joining the Observer, the Ottawa-based, award-winning journalist and author spent 26 years honing his skills at the Canadian Broadcasting Corporation as an investigative producer and reporter. Records obtained from federal access-to-information and provincial freedom-of-information requests drove a lot of his work which included investigations into prescription drugs, Tasers, medical devices, nursing homes and school violence. David teaches at the schools of journalism at Carleton University, the University of King’s College, Ryerson University, the UBC. He has and has co-authored three journalism textbooks and two user guides on freedom-of-information laws and privacy, respectively.