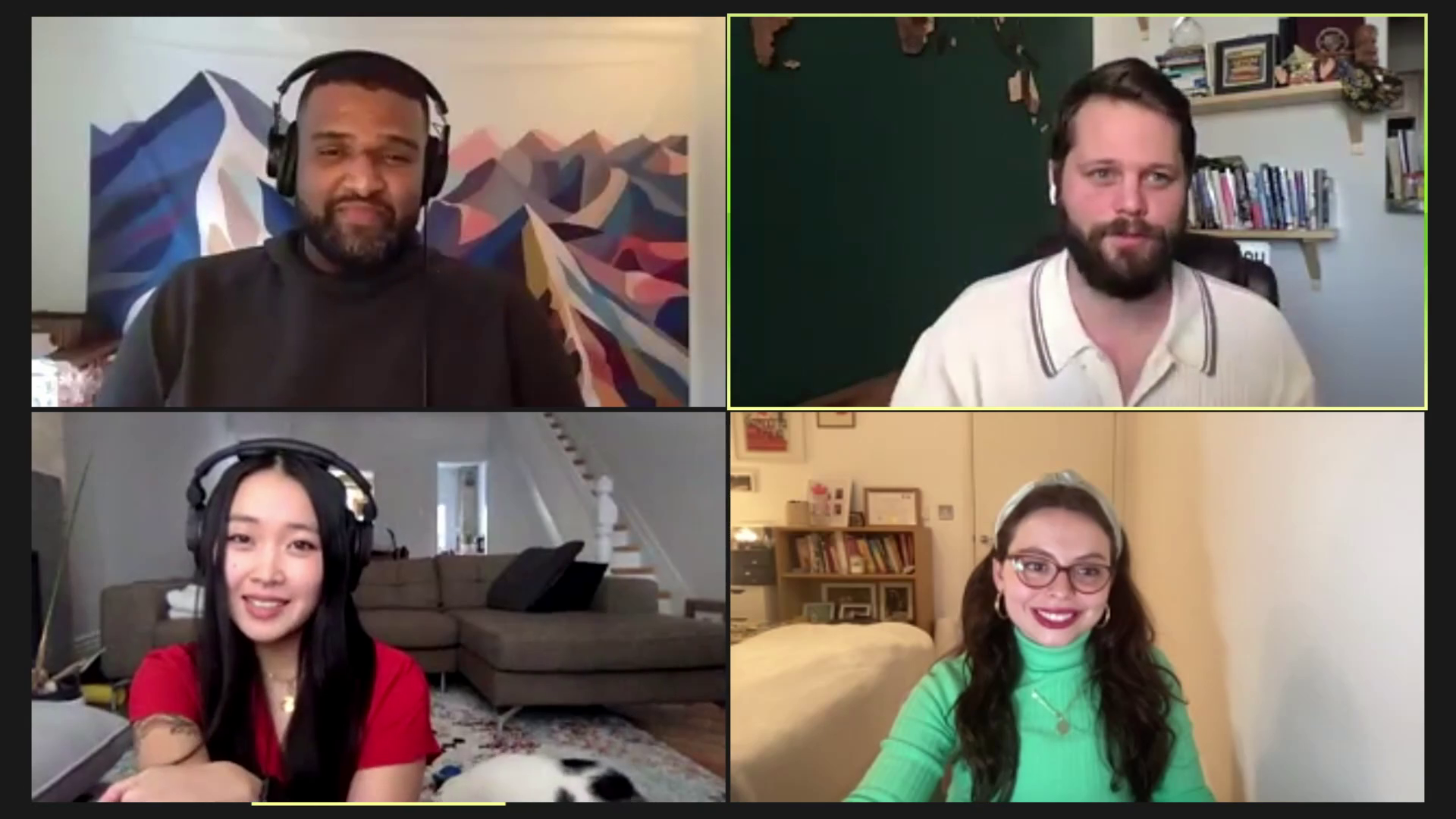 TikTok’s immense popularity among Gen Z users and more than one billion global user-base make the app an enticing storytelling tool for news publishers. Many newsrooms are reaching hundreds of thousands of young followers that they previously struggled to engage with off the platform. On February 1, The Canadian Journalism Foundation welcomes a panel of trailblazing journalists who are using the video-sharing network to bring news content to a whole new generation. They’ll share their insights on TikTok’s use as an effective storytelling tool and how newsrooms can get their audiences to go deeper on and off the app.

– LISTEN TO THE RECORDING

Dave Jorgenson is a video producer, editor and writer for “The Department of Satire” and various scripted series for The Washington Post. While at the Post, Dave launched the newsroom’s TikTok channel – where he posts short, newsworthy TikToks twice a day, five days a week. For his work on TikTok, he earned two Webby nominations in 2020 and a win in 2021. He won an award from the North American Digital Awards for ‘Best Digital Project to Engage Young and/or Millennial Audiences.’ He also made the Forbes 30 Under 30 list in December 2020. He recently wrote a book, Make A TikTok Every Day, which includes 365 “prompts” for TikTok. @davejorgenson

Evelyn ‘Evy’ Kwong is an editor on the Toronto Star’s Audience Team that focuses on platforming and finding new, diverse audiences and meeting the people where they are. She strategizes on ways to reach and build trust with communities that have been under-platformed, bring new voices into mainstream media and use new technology to provide everyone with access to information. She is also the editor of the Star’s #InTheirOwnVoices, a first-person op-ed section on identity, and host/writer of the Star business series #MillennialMoney focusing on uncovering the financial worries of the younger generation. @EVYSTADIUM

Sophia Smith Galer is an award-winning reporter and author who has pioneered how TikTok can be used for journalism, bridging the gap between traditional media and Gen Z. She is a Senior News Reporter for VICE World News where she has reported on everything from the anti-vaxxers and incels gaming TikTok’s algorithm to youth washing at COP26 and spiking in the UK. Previously a BBC World Service reporter, she uncovered the misuse of political ads during the US election, as well as Donald Trump’s covert campaigning on the app. She has been selected as a TikTok Voice of Change in the UK two years in a row amongst the app’s 100 top UK creators and recently won ‘Innovation of the Year’ at the British Journalism Awards for her TikTok account. Sophia’s first book, Losing It, on debunking the sex misinformation on and offline that ruins lives, will be published by Harper Collins in April 2022. @sophiasgaler

Elamin Abdelmahmoud is a culture writer for BuzzFeed News and host of CBC’s pop culture show Pop Chat. He was a founding co-host of the CBC Politics podcast Party Lines, and he is a contributor to The National’s At Issue panel. His work has appeared in Rolling Stone, The Globe and Mail, and others. When he gets a chance, he writes bad tweets. @elamin88