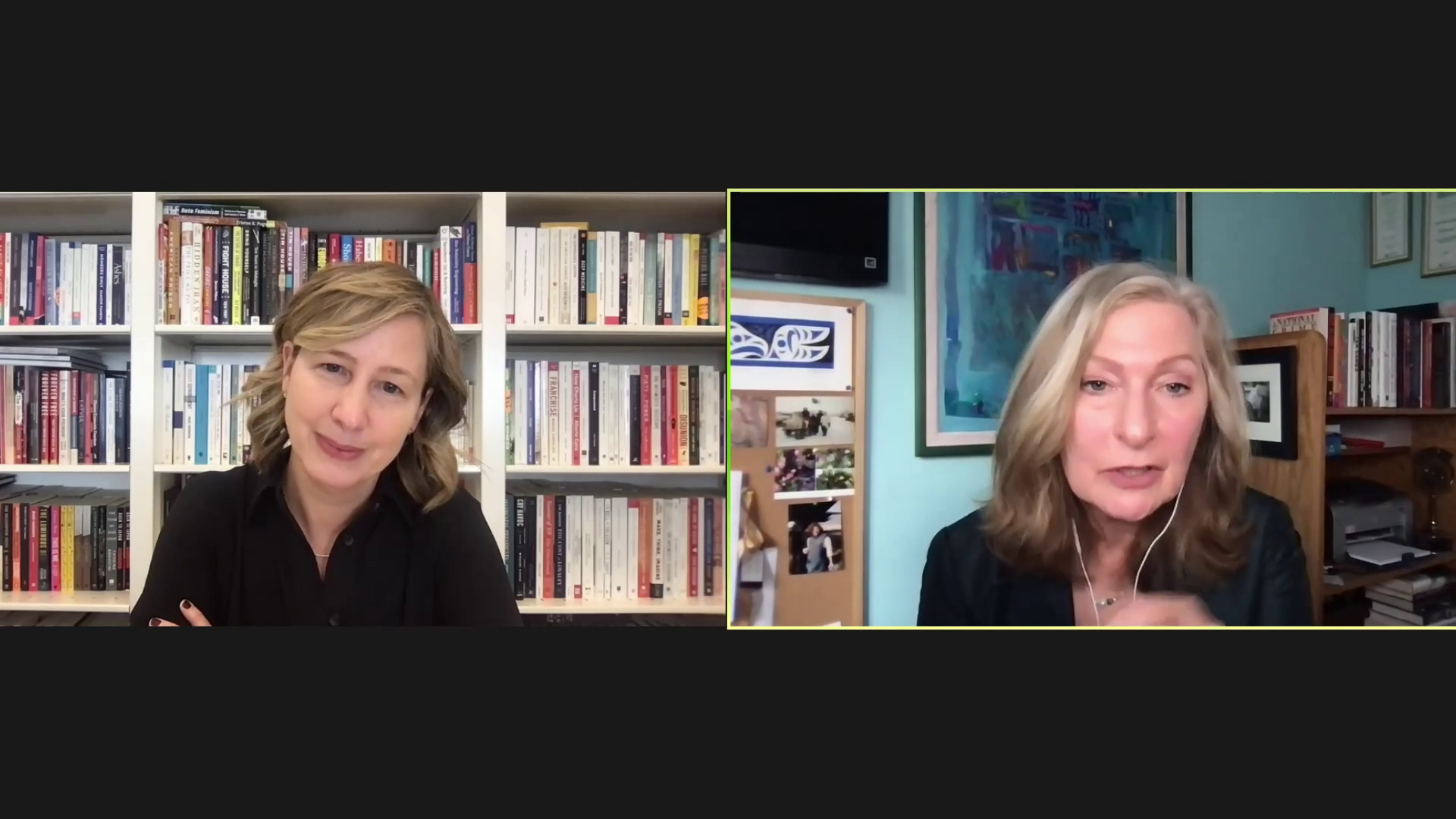 In these highly opinionated times, what is the role of opinion journalism? What opinions should be amplified? Which views might be better left in the dark? Have opinions overtaken the news? Pulitzer Prize-winning journalist Kathleen Kingsbury, appointed in 2020 as the New York Times’ Opinion editor, tackles these big questions in her new role with one of the world’s most influential Opinion sections. Kingsbury speaks about the new ideas she brings to the Times and the future of opinion journalism, in conversation with Anna Maria Tremonti, host of J-Talks Live and the CBC podcast More.

Kathleen Kingsbury is Opinion editor at The New York Times. She joined The Times in 2017 from the Boston Globe, where she served as managing editor, digital. Kingsbury joined the Globe’s editorial board in 2013 and later edited the Ideas section, an influential, original Sunday section at the Globe with a tradition of tackling the new thinking, intellectual trends, and big ideas that shape our world. In this role, Kingsbury was also deputy managing editor for the paper and the deputy editorial page editor. Kingsbury was awarded the 2015 Pulitzer Prize for distinguished editorial writing for a series on low wages and the mistreatment of workers in the restaurant industries. She also edited the Globe’s 2016 Pulitzer Prize-winning commentary on race and education. Kingsbury has also worked as a New York-based staff writer and Hong Kong-based foreign correspondent for Time Magazine. In addition, she has contributed to CNN, Reuters, the Daily Beast, BusinessWeek, and Fortune. @katiekings

Anna Maria Tremonti is the host of the CBC podcast More, a series of conversations with high-profile guests and rising stars from a variety of fields. The podcast represents a change, and a progression toward more immersive conversations following her success hosting the CBC Radio’s The Current, the flagship current affairs program she helped create. Prior to that Tremonti was a co-host of CBC Television’s investigative program the fifth estate and before that she was covering war, disaster, politics and society as a foreign correspondent for CBC’s The National, with postings in Berlin, London, Jerusalem and Washington. @amtremonti #MorewithAMT