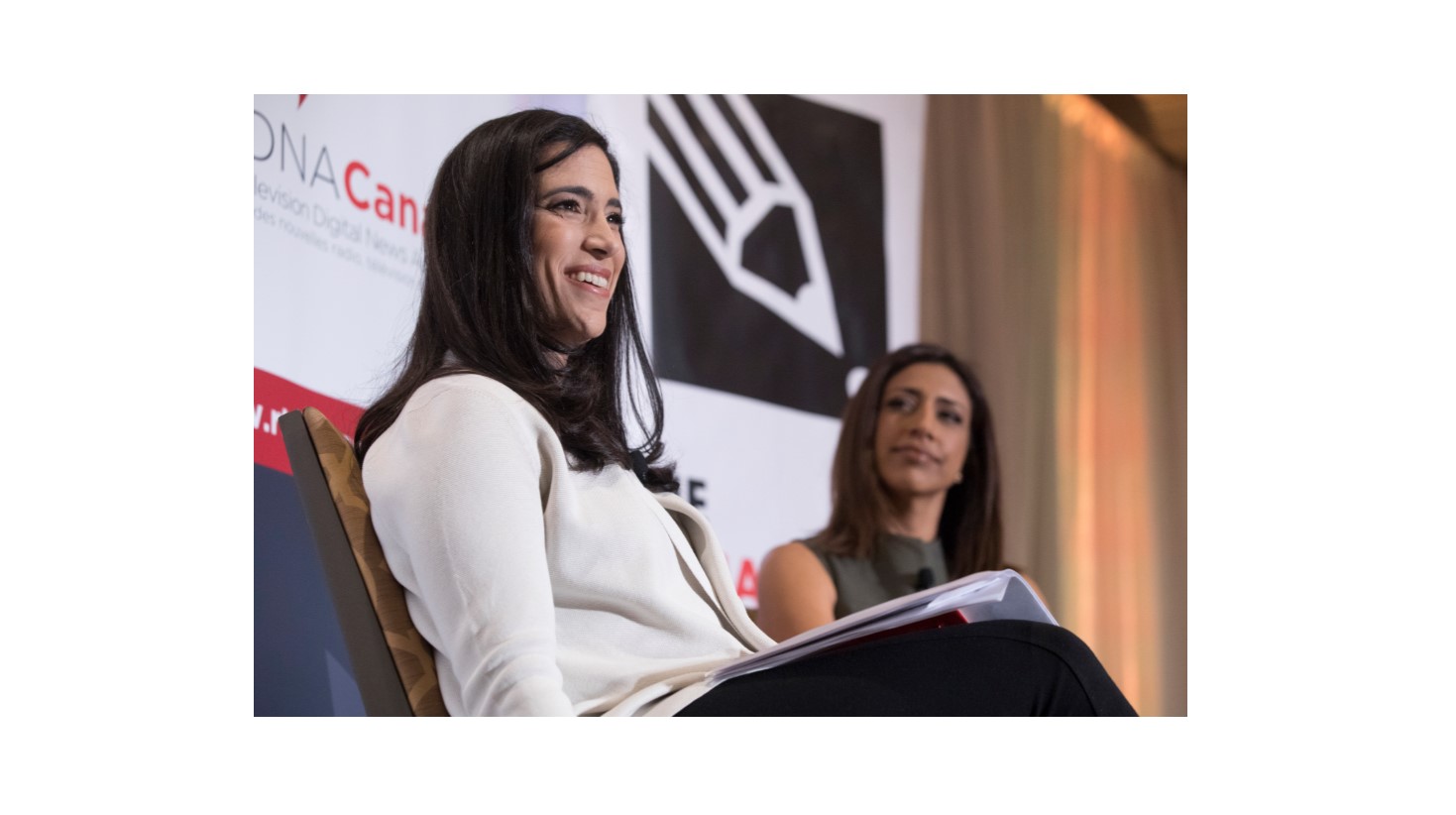 Lara Setrakian is co-founder of Press Forward, an organization looking to improve newsroom culture in the wake of media-industry sexual harassment allegations—including her own against journalist Mark Halperin while at ABC News. She is also co-founder and CEO of News Deeply, a digital media company that mixes investigative reporting, expert analysis and community insights to create single-theme platforms that cover topics such as Syria, refugees and water. Setrakian will be in conversation with Farah Nasser, anchor of Global News at 5:30 & 6.

Lara Setrakian is the co-founder and CEO of News Deeply, a startup that creates news platforms and builds passionate communities centered on the biggest issues and trends of our time. Her team’s inaugural site, Syria Deeply, launched in 2012 and won the Excellence in Online Journalism Award from the National Press Foundation. The team went on to launch Ebola Deeply, Water Deeply, Arctic Deeply, Refugees Deeply and the Women & Girls Hub; the model is now expanding to cover new topics in environment, public health, geopolitics and social impact. Each site brings together reporters and editors with specialized experience in the subjects they cover, augmented by a network of experts who share their insights and perspectives. For her work in building this model, Fast Company named her one of the “Most Creative People in Business,” while Inc Magazine called her one of “8 Women Who Could Own the Future.” Before launching News Deeply, Setrakian was Middle East correspondent for ABC News and Bloomberg Television. Lara is a Young Global Leader of the World Economic Forum and a Term Member of the Council on Foreign Relations. She has been featured in Mashable, TechCrunch, TIME Magazine, the Guardian, Marie Claire, the New York Times and on MSNBC, NPR and CNN. @Lara

Farah Nasser is an award winning journalist, who brings extensive experience to her role as anchor on Global News at 5:30 & 6. Nasser began her career with RogersTV before accepting a position with Newstalk 1010 in 1999. There she started as a producer and worked her way up into a reporting role. Next, Nasser made the move to Toronto 1 where she worked as a journalist for two years before joining /A\ Channel News in Barrie, reporting for the Toronto Bureau. In 2006, she joined Citytv as a reporter and later became a weekend anchor. Prior to her position with Global News, Nasser was an anchor and reporter for CP24. Nasser has been informing viewers across the GTA for nearly two decades. Among her career highlights are the Toronto’s SARS outbreak in 2003, G20 Summit in 2010 and the Toronto 18 terror trials. She’s a political veteran having covered municipal, provincial and federal elections. She was also the recipient of the RTNDA Sam Ross award for her viral commentary “What if the fighting in Aleppo was happening in Toronto?” in 2017.  The video was viewed 3.5 million times and used as a teaching aid in schools to explain the Syrian conflict. A graduate of Ryerson University in Radio and Television Arts, she also attended the University of Westminster in London, England for European Media Studies and later interned for CNN in New Delhi, India. @FarahNasser