Above the Fold: A Personal History of The Toronto Star 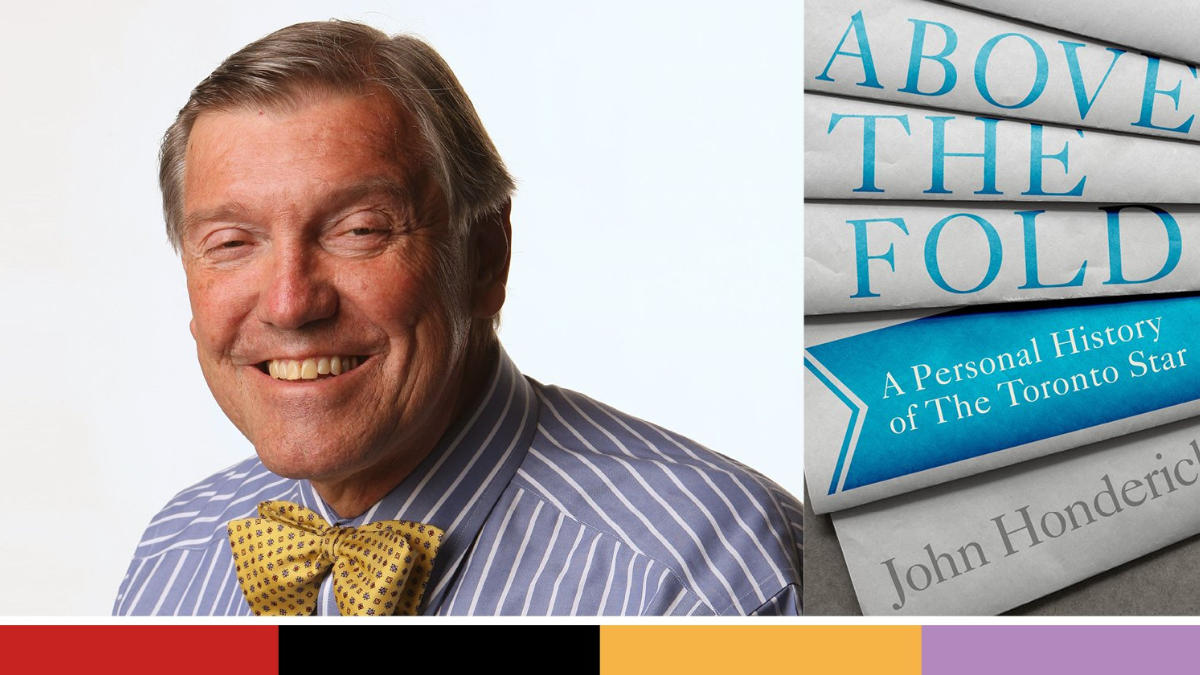 In his posthumously published Above the Fold: A Personal History of the Toronto Star, legendary publisher John Honderich shares the inside story of operating a newspaper “for the benefit of the public.” Honderich, who died suddenly in February, provides a historical first-hand account of his beloved newspaper’s journalistic drive for excellence as it strived to live up to its core founding principle of “Humanity Above All” amid the many challenges it faced over the half-century Honderich and his father, Beland, led Canada’s largest newspaper.

This event is presented in collaboration with the Toronto Public Library.

Read Above the Fold: A Personal History of the Toronto Star

Above the Fold was presented by the Canadian Journalism Foundation in collaboration with the Toronto Public Library.